Hi Guys, so as you all know, shit literally hit the fan on October 9th here in wine country. I haven’t posted on here because I felt like I needed to put together a post explaining what we went through that night before I posted anything else and pretended to “get back to normal”. However, it was apparent to me as I began to write this that I really wasn’t ready to relive and share what happened a month ago. But I’m ready now so here it goes.

“One month ago, the face of Sonoma County changed forever. Monster winds stoked a series of deadly wildfires that began Oct. 8 and roared into Santa Rosa and the Sonoma Valley, surprising sleeping residents and wiping out whole neighborhoods from Fountaingrove to Coffey Park. By the time the devastating blazes were contained nearly three weeks later, they had charred more than 114,000 acres, destroyed 5,300 homes and killed 23 people, becoming the worst wildfires in state history.” The Santa Rosa Press Democrat

On the night of Sunday October 8th,  Austin and I were actually staying in Mill Valley (about 45 min from Santa Rosa) because I was watching my nephews while our in-laws were in Mexico for a wedding. Mark headed back to Santa Rosa on Sunday to host an open house and decided to stay overnight instead of coming back to Mill Valley because Austin and I were heading back home the next day… or so we thought.

To preface, my in-laws home is on a long, one lane, narrow, up hill road in Mill Valley. It’s situated in a canyon, on a hillside, with a beautiful view of Mount Tam. In the past, Mark and I even mentioned that as beautiful as this area is, it would be a very bad place to be should a fire happen.

As I was trying to fall asleep that night I had this very weird feeling. I kept thinking about what I would do if something like an earthquake occurred. I tossed and turned all night because these “what ifs” kept popping up in my head.

At 2:00am one of Mark’s best friends called me and I immediately answered because it’s not like him to call me at that hour. The minute I answered he said, “I tried calling mark and he didn’t answer! You guys need to get out of your house now, all of Santa Rosa is on fire!” My heart instantly started to race and literally raced for the next week and a half.

I got off the phone and looked out the sliding door in the bedroom I was sleeping in to what I thought was a massive cloud of fog. I opened the door and immediately felt a huge gush of wind and breathed in the strongest smell of smoke (FYI at this moment, I was 45 minutes away from Santa Rosa). With that said, I didn’t know what was going on. All I knew was that there was a fire, it smelled like smoke, and I was not in a good spot with three kids.

I called Mark and on the third attempt he picked up. I said, “Kev called and said you need to leave, all of Santa Rosa is on fire!” He got up, looked out the back door of our room and said “holy shit! There is a red glow over our fence!” I told him that if it was safe, to try and get over to his sister Alyse’s house to get our trailer and make sure they are okay. Mark said since we didn’t know where these fires were and that I could smell smoke where I was that it would probably be safest to pack up the 3 kids in Mill Valley and head out to a safer spot.

The next 6 hours were some of the most emotionally stressful hours of my life. Mark had literally headed into the direction of the fire. He called me as he drove to their house and described what he saw as a massive red glow was coming down the hill and it wasn’t looking good. I told him that it wasn’t safe to leave town, but he didn’t listen.

He got to his sister’s house he told them it was time to pack up their kids and go. This was a photo he took from their drive way when he arrived at about 2:30am.

They packed up and headed back to our house. About an hour later, Mark and our brother in law Steve went back to check on their house. When they got there they couldn’t believe what they saw. Numerous houses in their neighborhood were on fire. Worst part – our in-laws house is on a well and the electricity went out so they couldn’t pump water to protect their house should it become in danger. Note, during these trips to their house Mark would lose cell service. When he went dark, I FREAKED out! My mind would race and go to the worst place possible. I was following along on Facebook and seeing the flames people were posting literally all over Santa Rosa and it was the scariest thing I had ever seen.

At around 7AM, a phone call came through from Mark. He said, “We just left Steve and Alyse’s house. It got too dangerous. Erika, I don’t think their house is going to make it.”. My eyes welled up with more tears because I knew how much this home meant to them. Steve is such a talented carpenter and they have spent the past 5 years building this home. I felt awful.

About an hour or so later Mark said that he and Steve were going to go back and check on Steve’s house. Let’s just say I had a very strong opinion about this idea and told him “It’s just a house, it’s not worth it! DO NOT GO BACK!”. In true Mark fashion, he didn’t listen and I was PISSED! Again, he goes dark and I am left wondering if he is okay.I was literally hyperventilating because I was so scared.

At 10:30AM, Mark finally called and said, “We just literally SAVED Steve’s house from burning down!”  It turned out that when Mark and Steve went back the fence, trampoline, trees, and chicken coop (those poor chickens) which were all about 6 feet away from their house were in flames. Steve knew that the neighbor who had evacuated was on city water so Mark somehow tied into that water source with a hose and they fought the fire. There was a MASSIVE eucalyptus tree that was very close to the fence, Mark said had they gotten there 5 minutes later not only would Steve’s house have been in flames but so would that tree which would have cause probably a dozen more homes to burn.

He and Steve spent the rest of the day at the house putting out hot spots and helping save other neighbors’ homes. They were brave enough to step in because there weren’t enough fire fighters to fight the fires plaguing the city.

That night Mark jumped into his truck and headed to us in Mill Valley.I have never felt so relieved in my life to see Mark walk through the door. I gave him a hug and he literally reeked of smoke and both of just started to cry.

The week that followed was a blur. We were constantly moving from house to house based on where the fires were burning and where the biggest threats were. We made food for the men and women who were on the front lines fighting the fires. We just tried to be of service and help anywhere we could.

The outcome of what happened to us and our home on October 9th and the weeks to follow is very different than most. 5700 people in our community lost their homes. It was surreal. So many people we knew lost everything. The amount of devastation that happened here is like nothing I ever in a million years thought I’d witness. This town that I hold so near and dear to my heart doesn’t quite look the same but I have no doubt that with time and A LOT of help and awareness, we will slowly but surely rebuild. And I am committed to doing whatever I can to help.

Last week a few of my blogger friends came up to Santa Rosa to help bring awareness to the area. I took them on a little tour (which included Mark’s childhood home that burned down) so they could see first-hand what our town had gone through. We then headed to the Redwood Empire Food Bank to volunteer for a few hours. It was so great to have these girls come here for the day to support our community. If you’re wondering how you can help, I’ve included some links below of places you can donate and volunteer if you’re local. And if you’re not in the position to donate right now, I totally understand! But next time you buy wine, make sure it’s from Sonoma County – trust me, it helps!

Lastly, to all my friends and the rest of my community, I am here for you. I feel for you. I am dealing with all of this with you. My door is always open and if I can help in any way, please let me know. I won’t stop until we are back to where we were before October 9th. And don’t forget we are #SONOMASTRONG.

My brother Tony Arnerich and his friend Justin Peterich made this viral video.

A special thanks to these ladies who came up and showed their support for wine country. Love you each dearly:
Emily and Kara from The Stylist LA, Hannah from Vogue in Vines, Stephanie from The City Blonde, Veronica from Lombard and Fifth, Lisa and Katie from Lola and Ivy PR 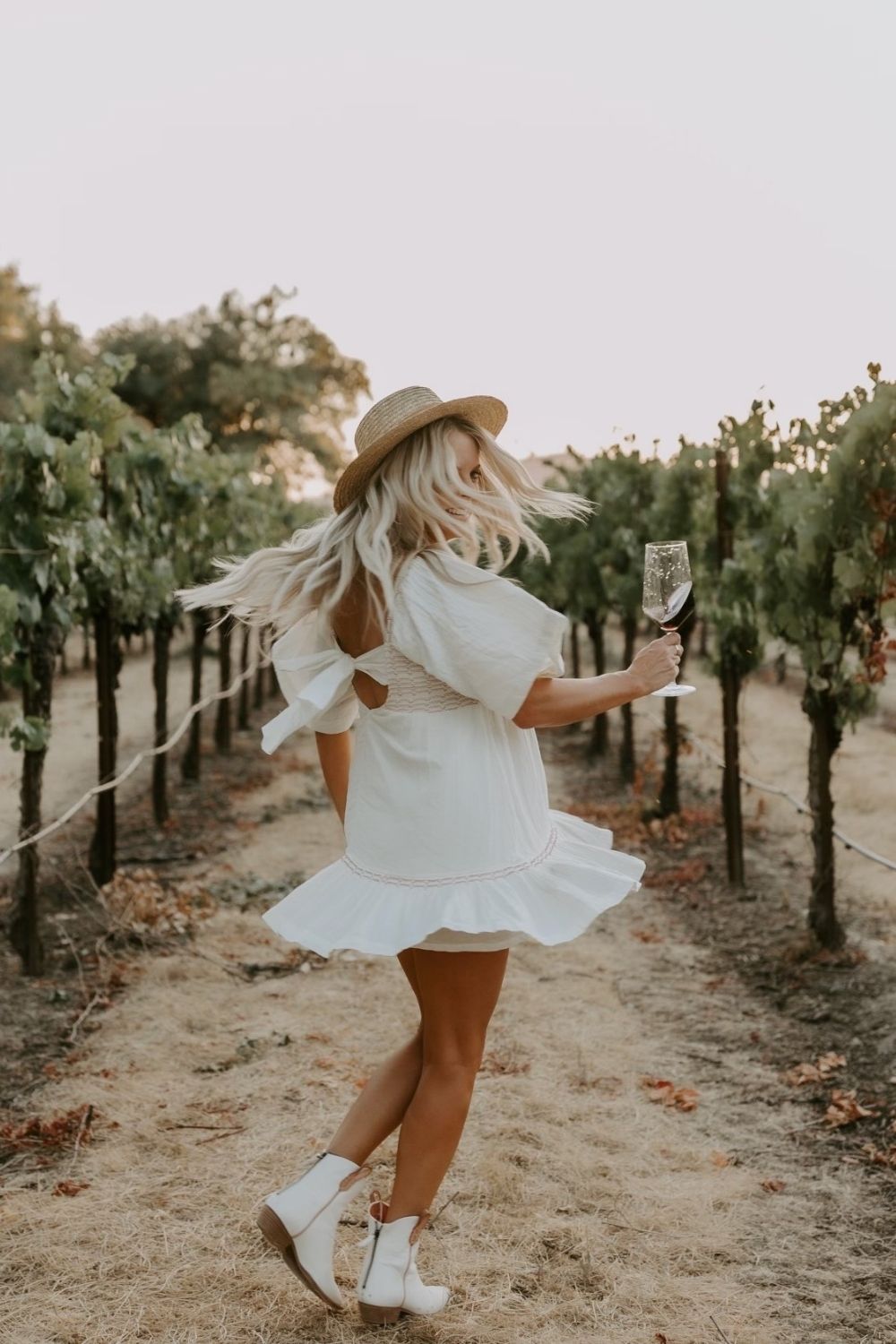 Hi! I’m Erika and I live in Sonoma County with my high school sweetheart and two kids. Follow along to find home inspiration, delicious recipes, and the inside scoop on all things wine country. 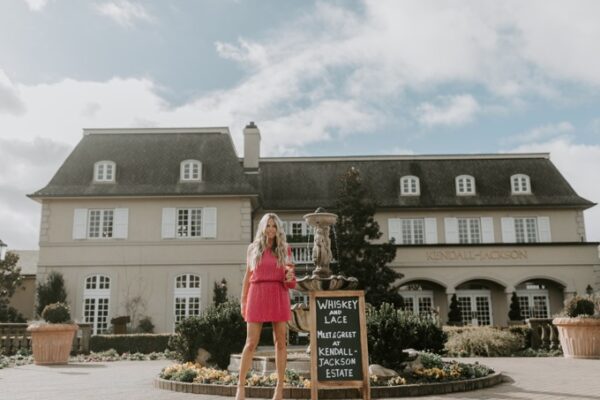 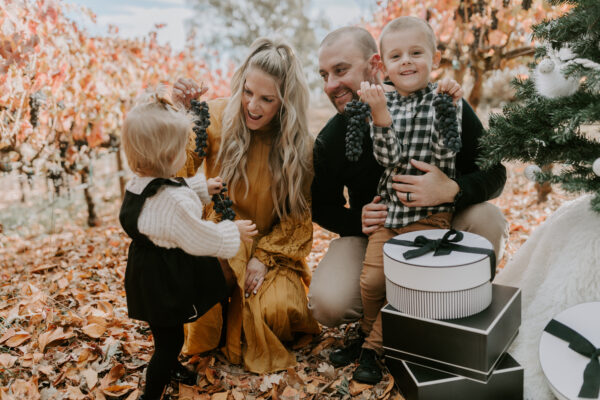 Merry Christmas Wishes and a Happy New Year from Us

BottleRock 2022 did not disappoint! Good friends,

Many of you asked me to make my stories from today

Happy Friday and happy hour for ✌🏼! My sister

You wanna know what you all always do, you ALWAYS

A trip both Melvin and I will never forget thanks

What are you searching for?